Episode 42: Pursuing Wholeness Beyond an Alcoholic/Rageaholic Father with Connard Hogan 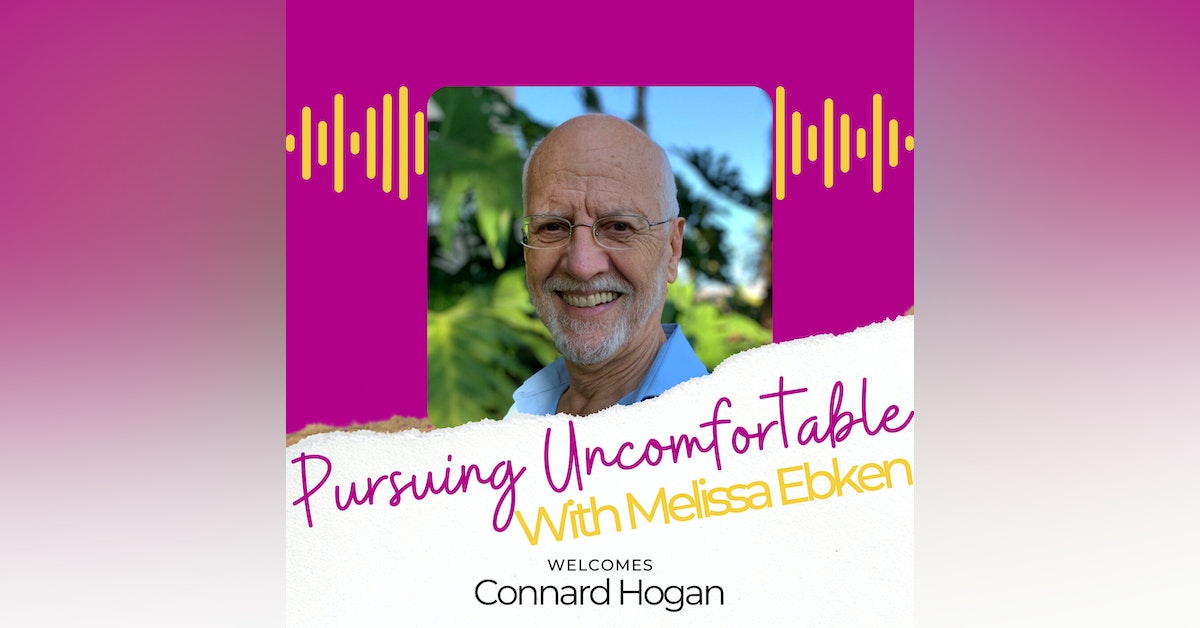 A child of the ‘50s and ‘60s, Connard dropped out of engineering school in 1968, and as a result of the draft, served in the US Army, including a one-year tour of duty in Vietnam. Following an honorable military discharge, he received a BS in Sociology at Western Kentucky University and then an MA in Marriage, Family and Child Counseling from the University of San Francisco. As a licensed therapist, Connard worked twenty-five years in various settings treating alcoholics & addicts and those suffering major psychiatric disorders before he retired. He authored Once Upon a Kentucky Farm: Hope and Healing from Family Abuse, Alcoholism and Family Dysfunction, which was published March 2022.

Buy his book, Once Upon A Kentucky Farm: Hope and Healing From Family Abuse

It's a pleasure today to welcome Conard Hogan to the pursuing uncomfortable podcast. I am your host, Melissa. Adkin. Today, we hear a story about what it was like growing up in a home with a raging alcoholic or rageaholic, as Conard says, father. What it was like as a child, the isolation he felt and what we can do to be people who provide safe spaces for others growing up in this situation. And if you are growing up in this situation, How you can reach out and find some resources to support you as you move forward. As always, if you'd like to leave a question, a comment or keep the conversation going head over to Melissa Elkins. ken.com/blog. Let's welcome conard Hogan.

Connor welcome to the pursuing uncomfortable podcast. I'm so excited. You're here today. How are you doing? Thank you. I'm doing good, Melissa. It's nice to be with you and it's morning my time, but probably afternoon yours. So good day. It's noon actually. Okay. All right. Yeah, we're recording this at the end of July and it's nice and balmy outside today, but it's perfectly comfortable here in our studio and I'm using air quotes as I identify my space as a studio, but someday I'll show a behind the scenes picture on the blog, but Connor, I know you're not here to hear about my filming setup. Let's talk about what you are doing and what you're up. You're an author. You got a lot going on. What are you working on right now? Yeah, that, are we just gonna start with that comment? I've got a lot going on at times. I feel overwhelmed even though I've been retired for 15 years. Let's see. Wait, maybe, uh, yeah, about 17 years now.

Was there an age when you realized that your household was different from others? Well, I wondered about that for the longest time, because I couldn't look into other people's minds. I couldn't, I couldn't be the fly on the wall in their home. As I got a little older in school. I, you. Swap staying over with other guys in my classes.